President Lyndon Baines Johnson’s daily diary for August 2, 1964 – In the early hours of Sunday, August 2, 1964, President Johnson received a message that North Vietnamese torpedo boats had attacked an American destroyer in the Gulf of Tonkin. In the morning the President met with Secretary of State Dean Rusk and others to discuss the situation in Vietnam. At the meeting it was decided not to retaliate at this time, to strengthen the American patrols, and to issue a protest note to North Vietnam. Later that day, the President walked to church services at St. John’s Episcopal Church with Lady Bird Johnson. (LBJ Library/National Archives) 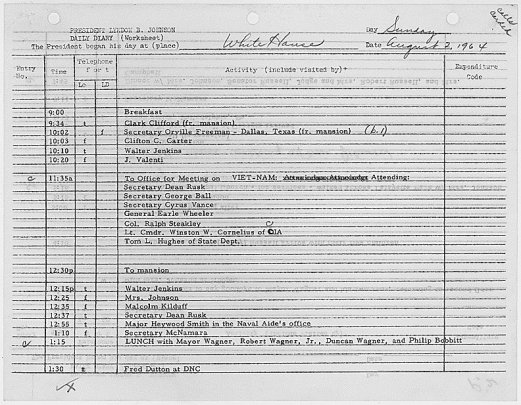 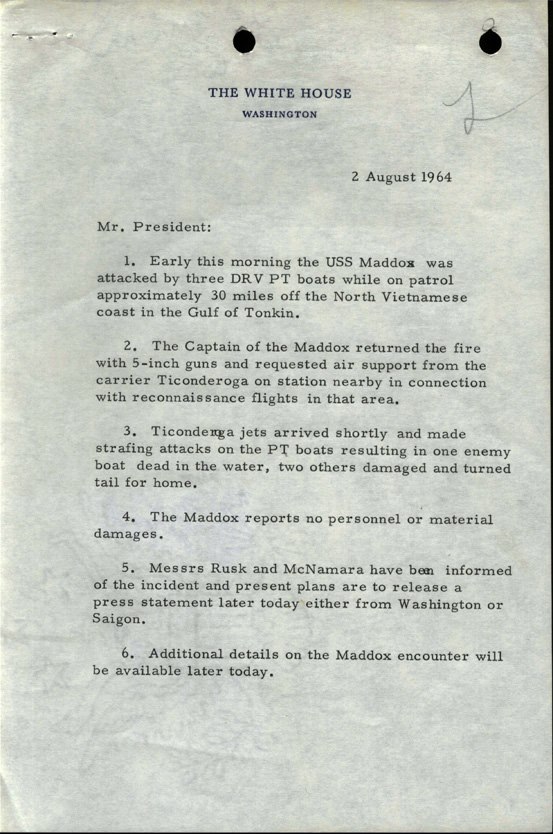 The Commander in Chief, Pacific Fleet sent this message to the Joint Chiefs of Staff reporting an attack on the U.S.S. Maddox, August 2nd, 1964. (LBJ Library/National Archives)