I was in Las Vegas Monday November 11, 2013 (Veterans Day) and attended the Jabbawockeez show at the Luxor.  Sitting directly accross from me were about 8 Army Soldiers in uniform.  I noticed a 4th Infantry Division patch on the soldier nearest to me.  I got up and went over to them and told them I was also in the 4th Infantry Division.  We chatted for awhile and then did the “Thank you for your service” bit before I returned to my seat.

Just prior to the show an announcement was made that two of the soldiers were reenlisting and the ceremony would be on stage.  Their Captain (who I previously spoke to) performed the ceremony.  They were stationed at Ft. Carson and are to deploy to Afghanistan.  Here are some of the pictures. 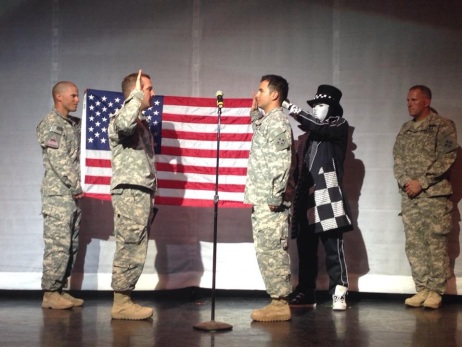 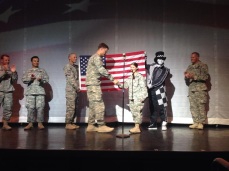 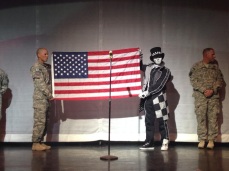