The Ho Chi Minh Trail was a complex web of different jungle paths that enabled communist troops to travel from North Vietnam to areas close to Saigon. It has been estimated that the National Liberation Front received sixty tons of aid per day from this route. Most of this was carried by porters. Occasionally bicycles and ponies would also be used.

At regular intervals along the route, the NLF built base camps. As well as providing a place for them to rest, the base camps provided medical treatment for those who had been injured or had fallen ill on the journey.

In the early days of the war, it took six months to travel from North Vietnam to Saigon on the Ho Chi Minh Trail. But the more people who traveled along the route, the easier it became. By 1970, fit and experienced soldiers could make the journey in six weeks.

From the air, the Ho Chi Minh Trail was impossible to identify and although the United States Air Force tried to destroy this vital supply line by heavy bombing, they were unable to stop the constant flow of men and supplies. The main danger to the people who traveled on the Ho Chi Minh Trail was not American bombs but diseases like malaria. In the early days, as many as 10 per cent of the porters traveling down the trail died of disease.

The North Vietnamese also used the Ho Chi Minh Trail to send soldiers to the south. At times, as many as 20,000 soldiers a month came from Hanoi in this way. In an attempt to stop this traffic, it was suggested that a barrier of barbed wire and minefields called the McNamara Line should be built. This plan was abandoned in 1967 after repeated attacks by the NLF on those involved in constructing this barrier. 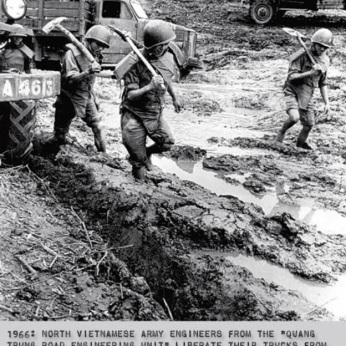 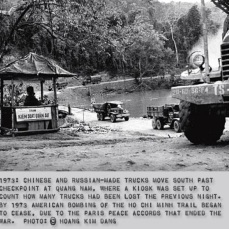 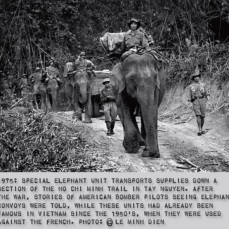 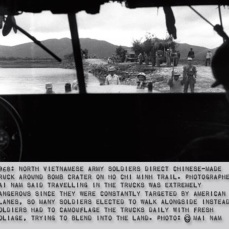 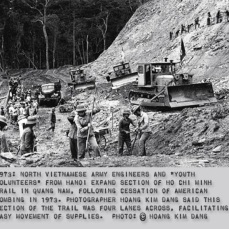