This is my recollection of a battle in VC Valley during late June 1968.

After the Battle of Chu Moor in late April 1968 we went to base camp for a stand down for resupply and to wait for replacement troops. We went back in the field near the Dak To airstrip which was the location of a brigade headquarters of the 4th Infantry Division.

We operated in the area around Dak To airstrip for a while until we moved to the airstrip.

Around this time, we got a new company commander (CO).  Both the old CO and the new had been classmates at West Point, Class of 1965, and three years later both of them were doing their second tours.

On 5/29/68 one of our platoons was on a patrol out in the jungle near the fire base and got into an ambush and lost a man killed (Larry Caplan).

We later moved to the area around Dak Pek Special Forces Camp even further north. The camp was down in a valley.  It was common for these camps to be in valleys surrounded by hills or mountains, which of course is the worst possible location to defend.  Can anybody say Dien Bien Phu?

In late June 1968 we went from the Dak Pek Special Forces Camp to Camp Enari by fixed-wing cargo aircraft for a couple days stand down.  We then went to the V. C. Valley area east of Camp Enari, south of the Mang Yang Pass where Highway 19, goes through the mountains between Pleiku and An Khe.

I understand from a man named Kelley that:

The following is a brief synopsis from 4th Infantry Records for the next 5 days:

On or about June 25 we made a combat assault by helicopter on the west side of the valley.  We set up a patrol base and send out some initial patrols.

June 26 – the entire company was on patrol when we walked into an ambush.  Our FO directed artillery fire where we thought the NVA positions were and the CO called in air strikes including napalm. We sustained two WIA.  I was about 10 meters from one of the RTO’s (Mike Davis) when he was wounded.  He was still talking on the radio when hit by several more rounds.  Mike later died on July 5.

June 27 – in order to determine if a bombing attack on an enemy position is successful, a Bomb Damage Assessment (BDA) patrol is conducted.  It was decided to send one platoon out to patrol the area to investigate the results of the strike mission.  We did not make contact that day but later in the afternoon it was discovered that one man was MIA  (Vinnie Giammarino).  An immediate search was conducted by the remaining patrol members.  They found boot tracks believed to have been made by the missing rifleman.  These tracks led back toward the patrol’s base.  Unfortunately, the tracks were lost in the darkness.  At first light additional search teams were brought in and over the next two days thorough searches were made of the area.  The boot-track trail was picked up again, then lost in the rough terrain.  On the second day, an aircraft-mounted loud speaker was used to try to reach the missing soldier and assist him in rejoining the unit. We searched and searched but he had vanished.  He may have been captured by the NVA or gotten lost during a break when he went out on an Observation Post (OP). 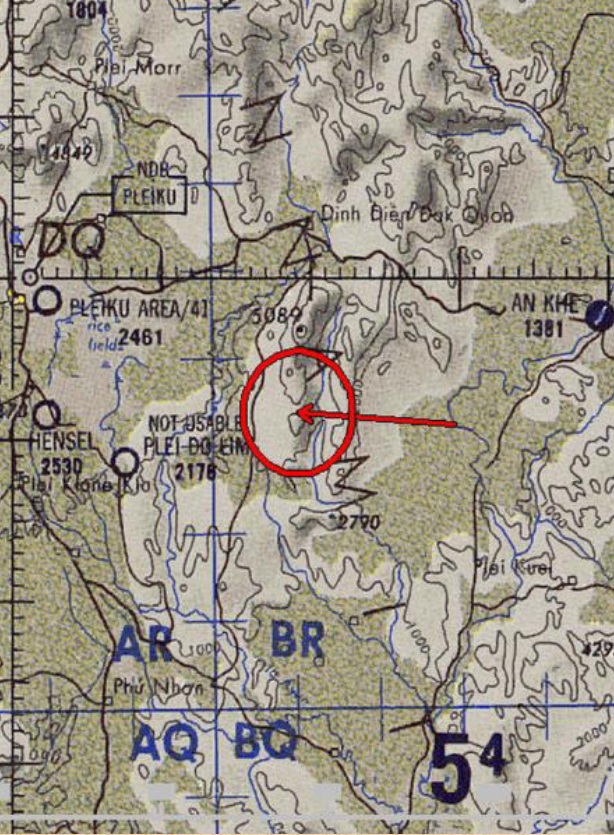 June 28 – we were planning on setting up a new patrol base.  One platoon went directly to the new location and the rest of the company started out on patrol with the idea to meet at the new patrol base in the evening.  The company was caught in another ambush.  This was in very dense jungle where visibility was limited.  We were pinned down most of the afternoon until another company came to help us out.   We had two KIA that day (Blair Keown and Louis Kimbrell).  We were unable to evacuate our wounded or dead that night so we moved from the ambush site to an improvised patrol base.

June 29 – we found an open area where helicopters could land so we could evacuate our wounded.  The fog was so dense we guided it in by trip flares.

Dick Snow was getting off that bird we guided in by trip flares because of the fog so we could get our KIA and wounded on the bird. [Welcome to Charlie Company, Dick.]

Once we evacuated our KIAs and WIAs we started out toward the new patrol base we had been going to the day before.  We were all expecting another ambush but fortunately we did not make contact that day.  We met up with the other platoon and got hot food sent out to us from either the firebase or from base camp.

When they were taking off the food containers I got on the helicopter to return to base camp since my DEROS date was in 4 days.  I was so short that I could fit inside my helmet and still play handball against the curb. 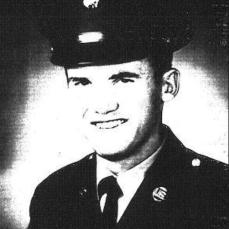 Given that I am writing this from events that occurred more than 40 years ago, my memory may be a little fuzzy/hazy/shaky.  If you remember other events, please let me know so I can update and post them to this battle history.