The 1st Battalion, 22nd Infantry fought a battle with the North Vietnamese Army on and around Chu Moor Mountain near the borders of Cambodia and Laos. Artillery, airstrikes, B-52 strikes and helicopter gunships were utilized. Units of 1/14 Infantry, 1/12 Infantry and 3/8 also joined the battle. After nearly seven days of heavy fighting the NVA withdrew.

Building the Firebase and Miscellaneous Pictures 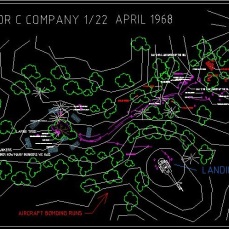 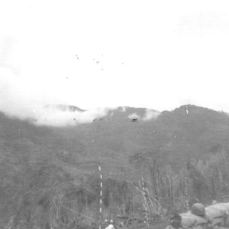 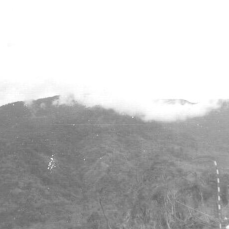 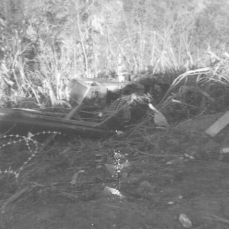 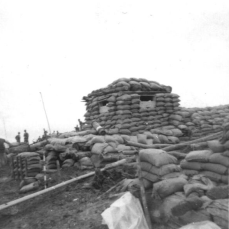 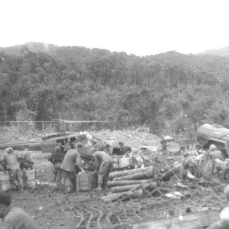 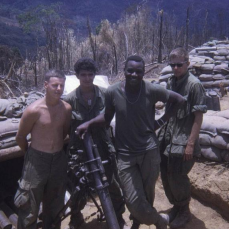 A platoon from Company D, 1st Battalion, 2nd Infantry made contact with eight NVA, resulting in one US KIA and two US WIA.

Company D, lst Battalion, 22nd Infantry made contact with an estimated NVA company.  The fighting, which lasted for two hours, resulted in seven US WIA and two NVA KIA.  A UH-1H helicopter in support of the contact was shot down by ground fire, but all personnel were rescued with only slight injury to one US.

1/22 Summary: 1/22 continued search and destroy operations in assigned AO with heavy contact with enemy forces. D/1/22 had contact with 6 enemy then enemy hit with large forces. Gunships, Artillery and Airstrikes were employed.

Results: 2 NVA KIA and 10 US WIA. Area of contact will be swept tomorrow morning for enemy bodies and equipment.

Company D, 1st Battalion, 22nd Infantry killed two, NVA snipers in trees and captured their AK-47’s.  An hour later the company received mortar fire and shortly thereafter made heavy contact with an estimated reinforced NVA company.  The contact continued through the morning, and the company received two B-40 rocket attacks in the afternoon.

PLANS: B&C Co’s are to continue to sweep the road and adjoining high ground. A&D Co’s to conduct local patrols.

Companies B and D, 1st Battalion, 22nd Infantry made contact with an estimated NVA company; receiving SA, AW, B-40 and 60mm mortar fire.  Two hours later Company C also made contact with an estimated company.  By 1250 hours all three companies were heavily engaged.  At 1255 hours a gunship from the 52nd Aviation Group received heavy ground fire, seriously wounding the pilot. The 1600 hours Company A conducted a relief in place of Company D.  At 1800 hours Companies A and B reported the enemy was withdrawing.  At 1845 hours the enemy broke contact with Company C.

From Bde CO: Indications are that the 66th NVA Regiment is prepared for combat in the 1/22 AO. Their combat operations will probably take place in the area of contact today. Regarding secondary Arclight targets – no bombs before 270650 or after 270800.

Request to Bde: Request airstrikes on a continued basis. We have known enemy targets and they will be needed to support maneuvers. Request 7/17 Cav conduct operations in 1/22 AO. Request 2 quad 50’s to enhance FSB perimeter defense. Consideration given to planning LRRP. Primary area of entry is the valley running N&S.

1/14 Summary: Golden Dragons continued operations in assigned AO. Charlie Co moving north along the road found an old bivouac are for approx. 200 people. Had not been used recently. PLANS: Bravo and Charlie Co’s to conduct CA to the south in support of 1/22 Inf. Alpha Co to move to LZ Swinger for security mission.

Company C, 1st Battalion, 22nd Infantry received one B-40 rocket round.  The night locations for Companies A and B received SA and B-40 rocket fire 30 meters outside their perimeter.  The two companies remained in their night locations and continued to receive sporadic SA rocket and mortar fire throughout the day.  At 0940 hours Company C conducted an attack against an unknown size force in bunkers.  Meeting heavy resistance the company withdrew and called in artillery and airstrikes.  At 1040 hours, the heavy enemy fire forced them to withdraw to the night location.  Artillery and airstrikes continued to hit the enemy position and at 1615 hours Company C took the high ground and the bunker complex.  At 1700 hours the enemy counterattacked with AW, B-40 rocket and 60mm mortar fire.  At 1825 hours the company withdrew but continued to receive mortar fire.  At 1920 hours artillery produced a large secondary explosion and the mortar fire ceased.

PLANS: Conduct CA with Alpha Co to support ground operations of the 1/22 Inf. Delta Co to remain as security for LZ SWINGER.

A 105 mm artillery round impacted inside the perimeter of Company C, 1st Battalion, 22nd Infantry, resulting in one US killed and one US wounded.

PLANS: Elements of 1/14 to continue support of operations of 1/22 Inf.

Company B, 1st Battalion, 22nd Infantry received one B-40 rocket resulting in three US WIA.

PLANS: 1/14 to move from LZ SWINGER to establish new FSB to be named LZ ROBERTS.

At the 1st Battalion, 22nd Infantry FSB an outgoing 105mm artillery round struck a radio antenna resulting in an airburst which killed one US and wounded 12.

1/14 Summary: Golden Dragons planned move was postponed due to lack of aircraft in the Bde. Golden Dragons continued to prepare for CA in the morning.

PLANS: CA to new firebase with three companies. Delta Co and the Command group to move to POLEI KLENG to await the clearing of the new FSB.

Memories of a D 1/14 Infantry Soldier

Article from the “Ivy Leaf” – newspaper of the 4th Infantry Division

Units involved in the battle

1st Battalion Killed in Action during the battle

One thought on “Battle of Chu Moor Mountain”